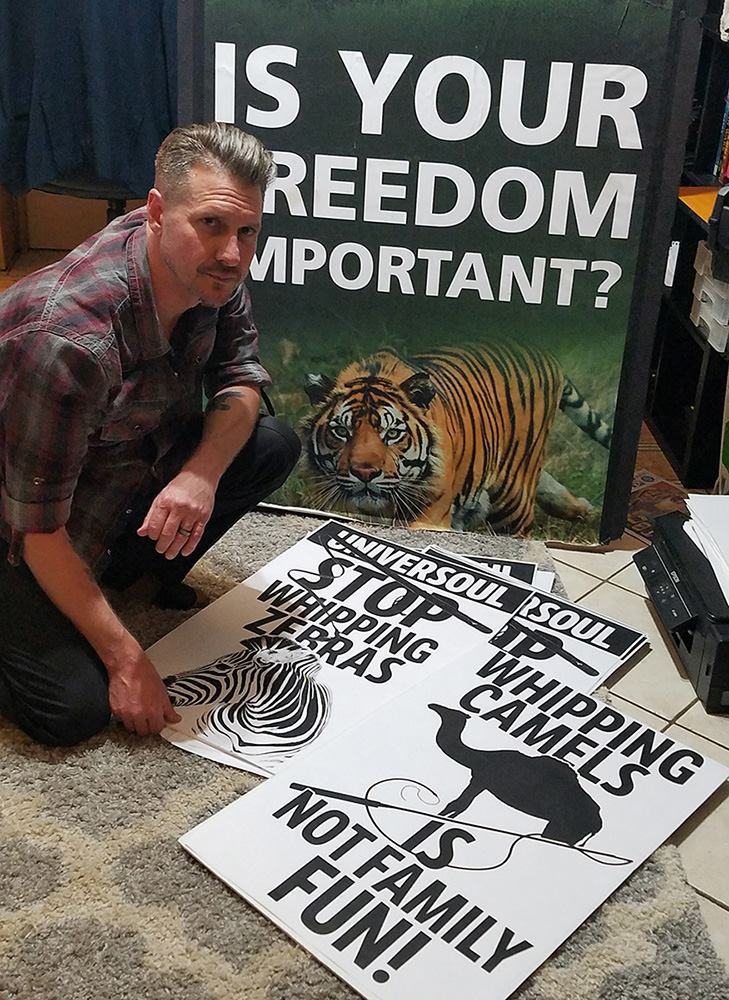 A founding board member, Adam is an animal protection warrior who has most recently lead a national coalition of activists to fight, and successfully STOP the 2016 bear hunt in Florida. Adam believes strongly in utilizing professional activism to raise public awareness and end the cruelest forms of animal abuse. Adam is also dedicated to supporting activists across the nation by sharing his wealth of experience in mobilizing the strong voice of the people to stand up and affect real change.

Adam brings many years of experience in building and supporting a plethora of national and local non-profits dedicated to animal protection, hands-on undercover work, and a strong artist background to his fight for those least able to fight for themselves. Adam is also regularly called upon to speak on national radio, television, and at academic institutions. Adam is a published author and the winner of the 2016 Matthew Eyton Animal Activist Award.