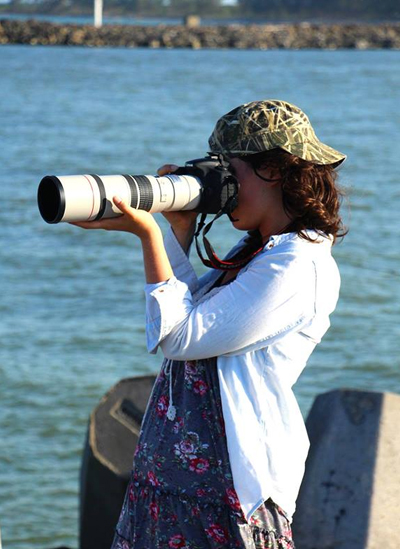 Tamara is a wildlife and nature photographer from Mexico City, Mexico. She studied photography at the Escuela Activa de Fotografía in Mexico City, and has worked with raptors for three years in rehabilitating and caring for them. She is also internationally certified to work with wildlife both free and in zoos. Tamara to volunteered at the San Juan de Aragon Zoo, where she learned about falconry She decided to take action against zoos and speak for animals both in the wild and in captivity after she saw the mistreatment and death of zoo animals.

Tamara’s work as a photographer has been published in several magazines and art shows, and most recently one of her photographs was ranked in the top 100 at the URBAN Photo Awards 2016. She is also working with Proyecto Gran Simio Mexico organization which is working hard to shine a light on the zoos situation and change it in order to save the animals’ lives and create a social conscience and promote conservation.